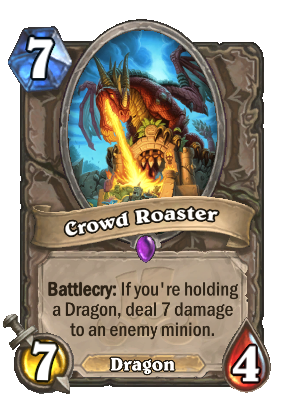 Battlecry: If you're holding
a Dragon, deal 7 damage
to an enemy minion.

Every major show has an opening act to warm up the crowd.