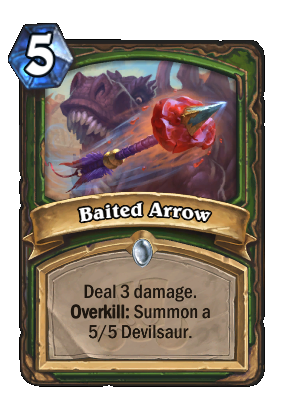 The card is common, but the steak is rare.