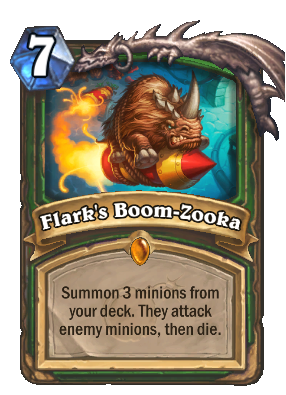 Summon 3 minions from
your deck. They attack
enemy minions, then die.

It used to be a Ba-zooka but we ran out of sheep.