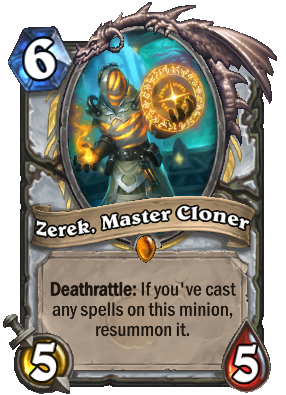 Deathrattle: If you've cast any spells on this minion, resummon it.

His original name was Aerek. Then the first clone was Berek. They went evil around Merek.