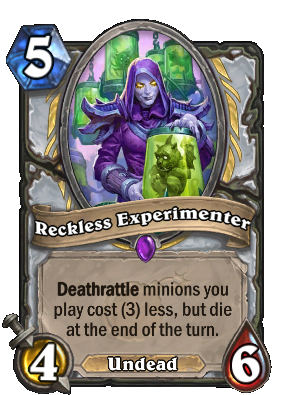 Deathrattle minions you
play cost (3) less, but die
at the end of the turn.

It's hard to call her reckless when it's clear she knows what she's doing.