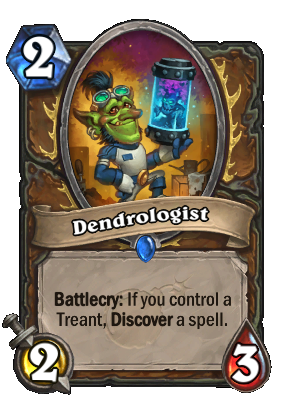 Battlecry: If you control a Treant, Discover a spell.

He's teaching his little buddy to talk, but all it says is, "I am Gloop."