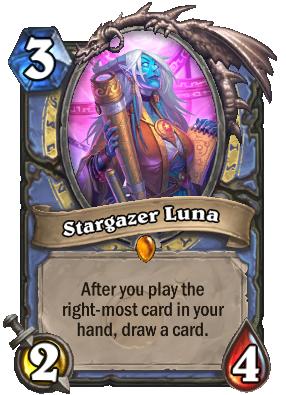 After you play the
right-most card in your hand, draw a card.