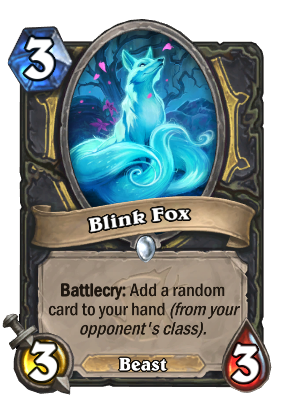 Battlecry: Add a random card to your hand (from your opponent's class).