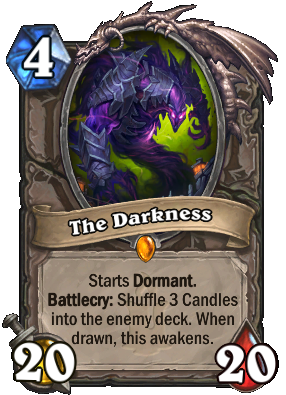 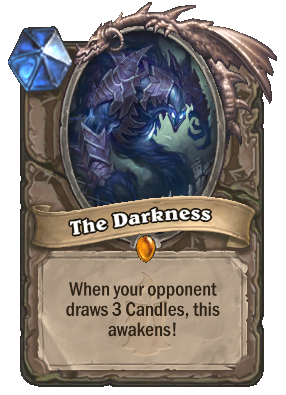 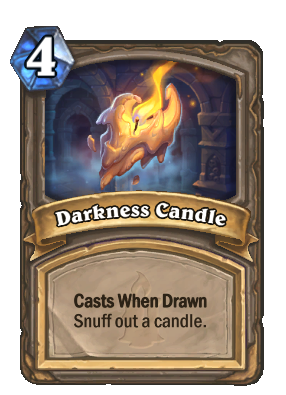 Starts Dormant.
Battlecry: Shuffle 3 Candles
into the enemy deck. When
drawn, this awakens.

I would rather light a single candle than curse the darkness. But I'm willing to do both.