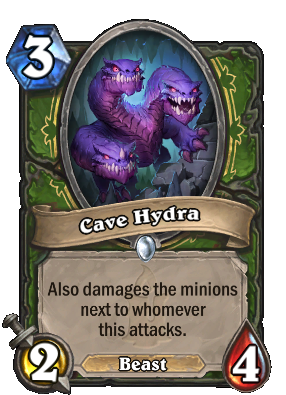 Also damages the minions next to whomever
this attacks.

Can be upgraded into a Cave Lurker.