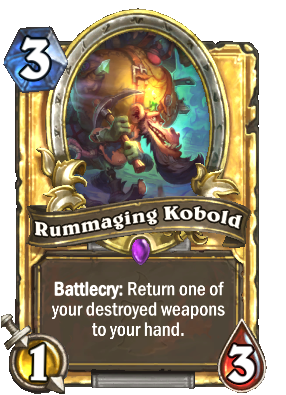 Battlecry: Return one of your destroyed weapons to your hand.