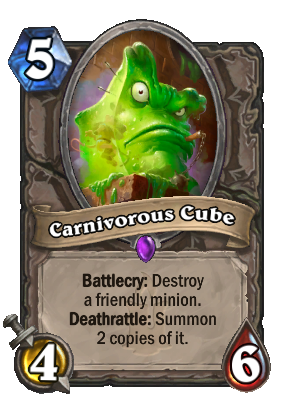 Battlecry: Destroy
a friendly minion.
Deathrattle: Summon 2 copies of it.

He's always grumpy until he's eaten his first barista of the morning.