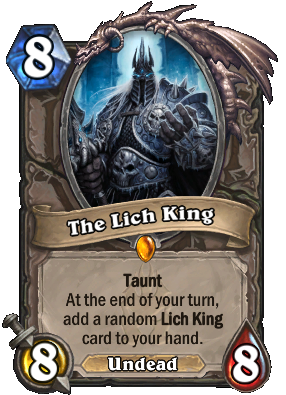 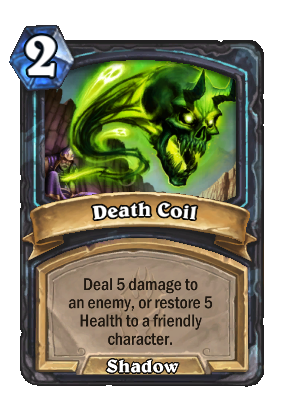 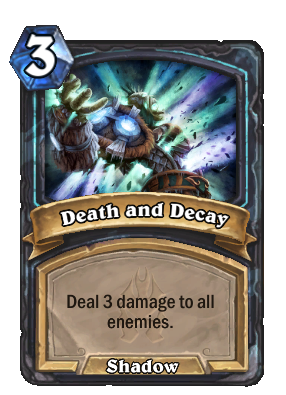 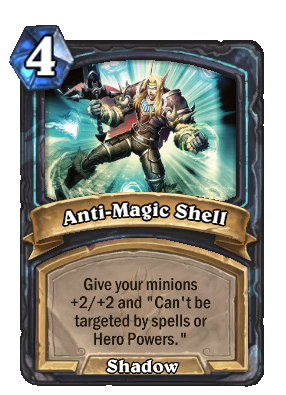 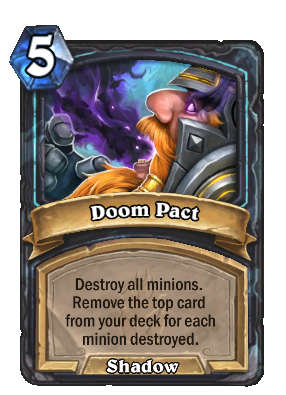 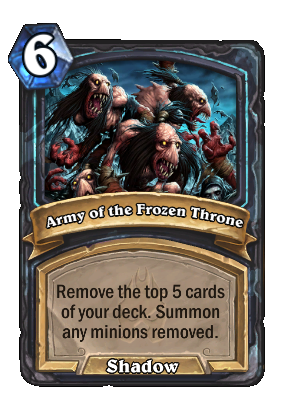 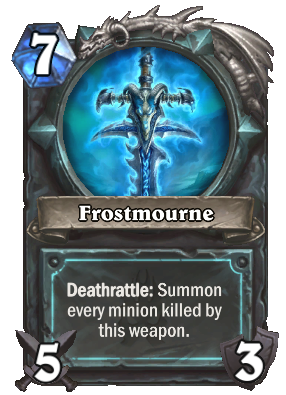 Taunt
At the end of your turn,
add a random Death Knight
card to your hand.

"All that I am: anger, cruelty, vengeance, 8 attack - I bestow upon you, my chosen knight."