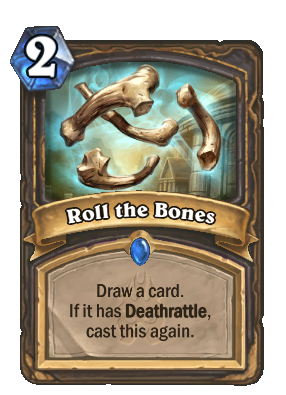 Draw a card.
If it has Deathrattle, cast this again.

Call it: Heads or Tailbone…