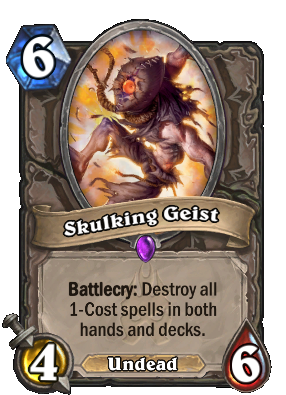 Battlecry: Destroy all
1-Cost spells in both hands and decks.

It's as though a million Jade Idols cried out, and were suddenly silenced.