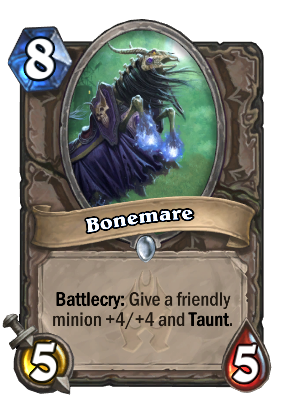 Battlecry: Give a friendly minion +4/+4 and Taunt.

Attacks her job with unbridled enthusiasm.