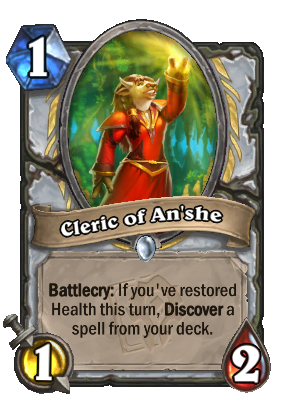 Battlecry: If you've restored Health this turn, Discover a spell from your deck.

When it's her turn to cook, she'll always go for a Light sear.