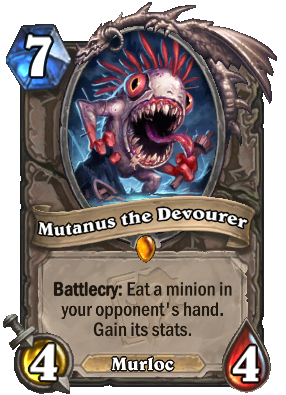 Battlecry: Eat a minion in
your opponent's hand.
Gain its stats.

As long as Naralex stays under the blanket, Mutanus can't get him.