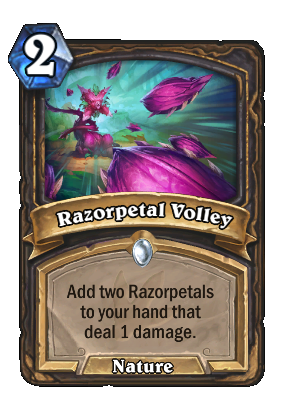 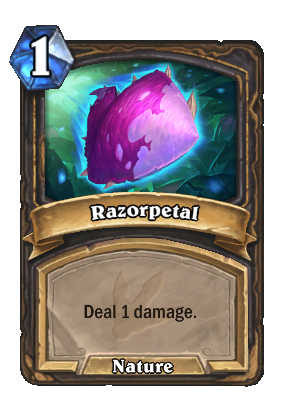 Add two Razorpetals to your hand that deal 1 damage.

The result of a fundamental misunderstanding of the phrase "flower power".