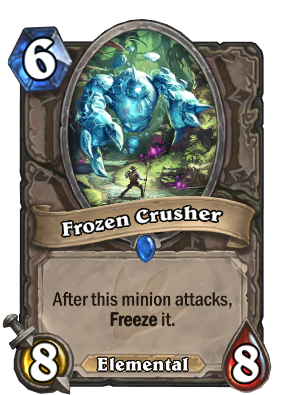 After this minion attacks, Freeze it.

Goes by the online handle "KoolKrusher99."