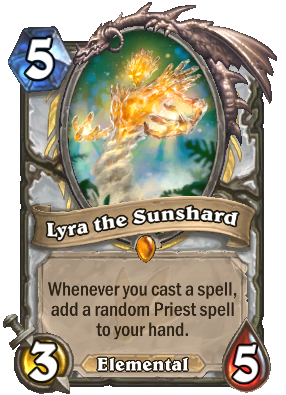 Whenever you cast a spell, add a random Priest spell to your hand.

Arise, fair sun, and kill my envious foes. They don't have a legendary as beautiful as you.