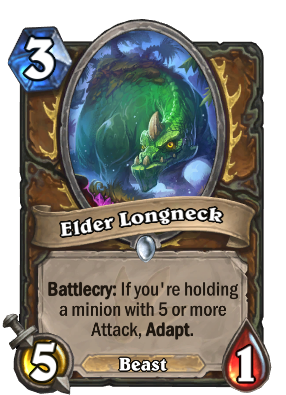 Battlecry: If you're holding a minion with 5 or more Attack, Adapt.

And so the bartender says, “Why the long neck?”