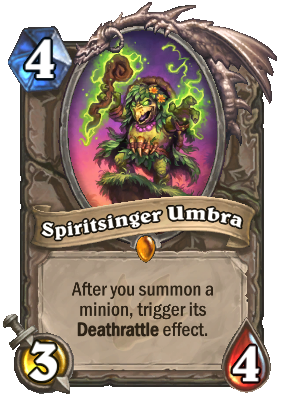 After you summon a minion, trigger its Deathrattle effect.

She sees the fate of anyone she meets, but it's always the same: dinosaur attack.