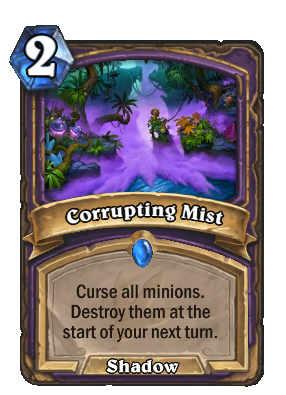 Curse all minions. Destroy them at the start of your next turn.

The most terrifying of Un’goro magics is both silent… AND deadly.