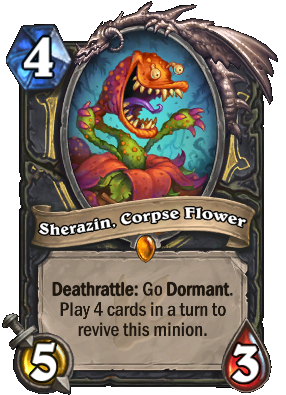 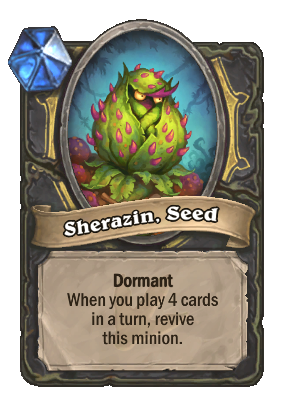 Deathrattle: Go Dormant. Play 4 cards in a turn to revive this minion.