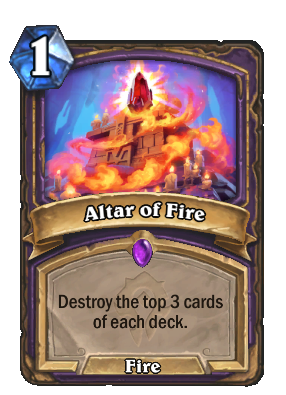 Destroy the top 3 cards of each deck.

"I now pronounce you, Crispy and Fried."