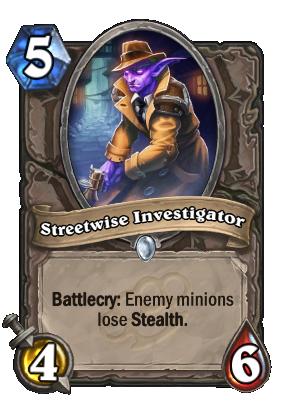 "Hmmmm… Call it a hunch, but I'm starting to think that there may be some kind of criminal activity going on in Gadgetzan."