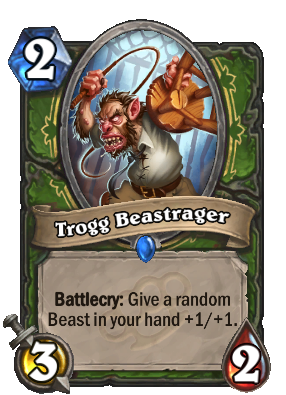 Battlecry: Give a random Beast in your hand +1/+1.

Still angry that the Gadgetzan Rager Club wouldn't accept him as a member.