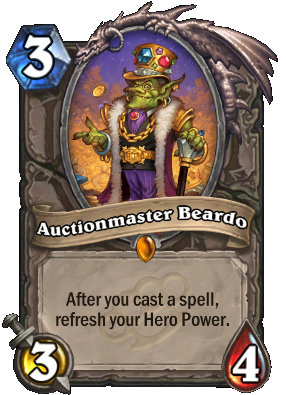 After you cast a spell, refresh your Hero Power.

Gadgetzan has always run an under-the-table auction house, and business has been PRETTY good for Beardo since the population explosion. And since the explosion that destroyed the competing auction houses in the city.