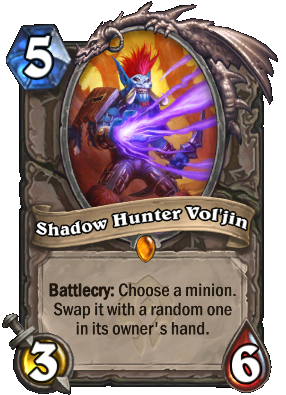 Battlecry: Choose a minion. Swap it with a random one in its owners hand.

You wouldn’t see this swap-meet on the Zandalari Roadshow.