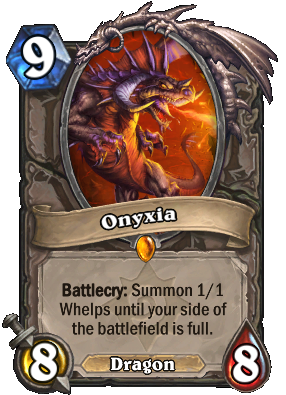 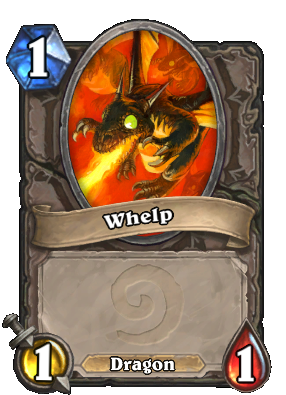 Battlecry: Summon 1/1 Whelps until your side of the battlefield is full.

Onyxia long manipulated the Stormwind Court by disguising herself as Lady Katrana Prestor. You would have thought that the giant wings and scales would have been a giveaway.