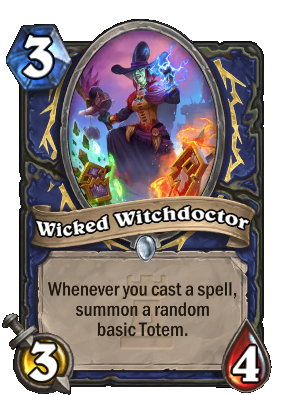 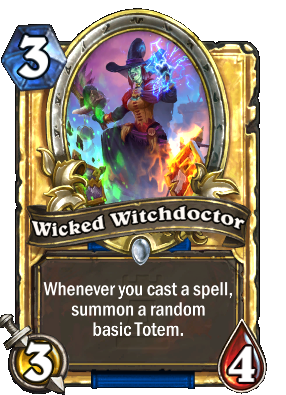 Whenever you cast a spell, summon a random basic Totem.

You can easily defeat her by either dealing 4 damage, or dropping a house on her.