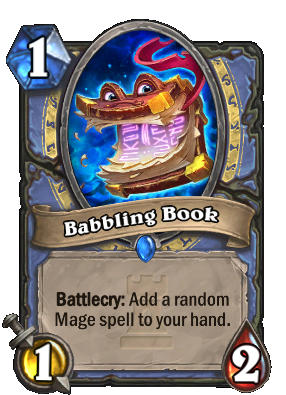 Battlecry: Add a random Mage spell to your hand.

His idol is the Green Hills of Stranglethorn, and he won't shut up about it.