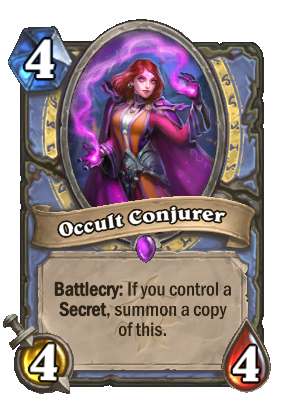 Battlecry: If you control a Secret, summon a copy of this.