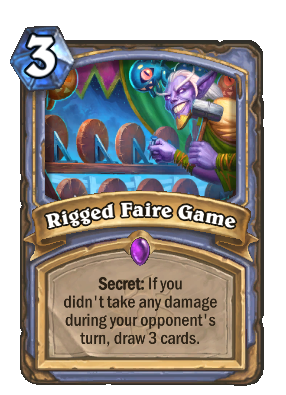 Secret: If you didn't take any damage during your opponent's turn, draw 3 cards.