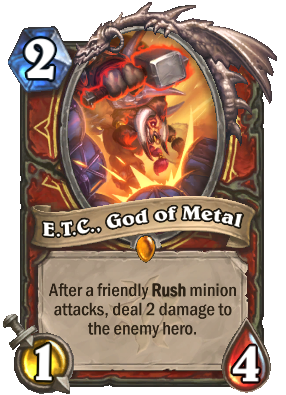 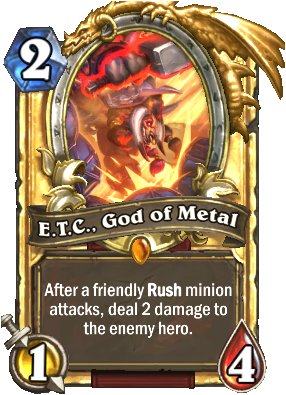 After a friendly Rush minion attacks, deal 2 damage to the enemy hero.

There are Old Gods and then there are Rock Gods.