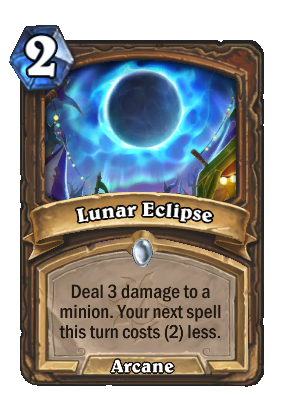 Deal 3 damage to a minion. Your next spell this turn costs (2) less.

When the Azeroth is between the Sun and the Moon.