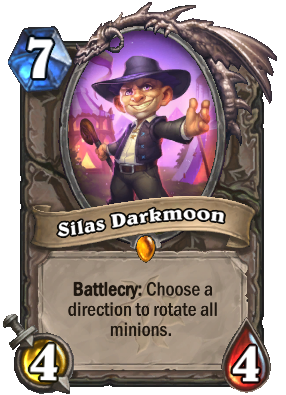 Battlecry: Choose a direction to rotate all minions.

"You might remember me from such attractions as 'Being Shot out of a Cannon' or 'That Carousel Ate My Friend.'"