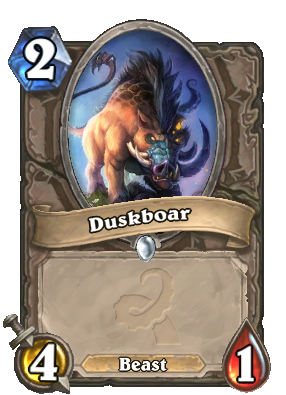 Join the discussion on our forums! Come discuss Duskboar over in our dedicated Duskboar discussion topic.

Often excluded from dinner parties. To be fair, he is very boaring.