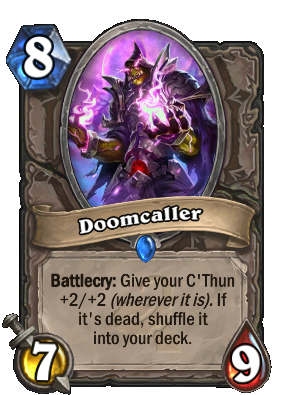 "Hello, is Doom there? No? Can I leave a message?"