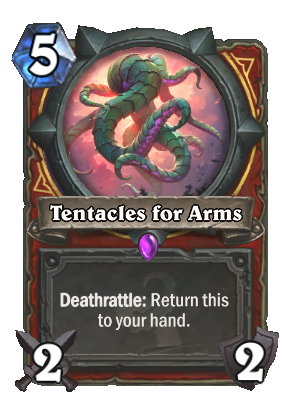 Deathrattle: Return this to your hand.

That's right. Garrosh just slapped you to death with a tentacle.