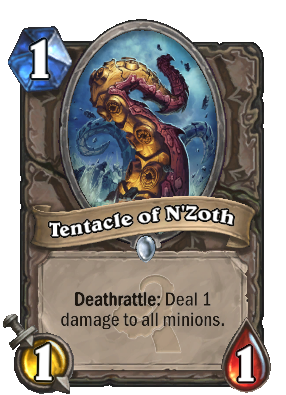 Deathrattle: Deal 1 damage to all minions.

Because EVERYDAY is the Day of the Tentacle of N'zoth.