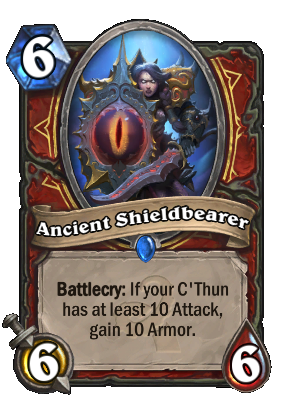 Battlecry: If your C'Thun has at least 10 Attack, gain 10 Armor.

Back in her day, each shield weighed two tons and she had to carry four of them on each arm!