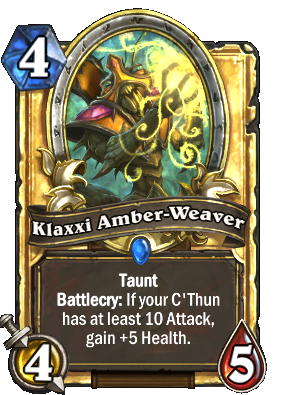 Battlecry: If your C'Thun has at least 10 Attack, gain +5 Health.

Amberweaving is a specialty course at the local trade school.