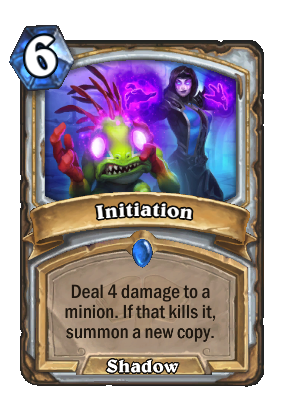 Deal 4 damage to a minion. If that kills it, summon a new copy.

The things a murloc's gotta go through to graduate from Scholomance…