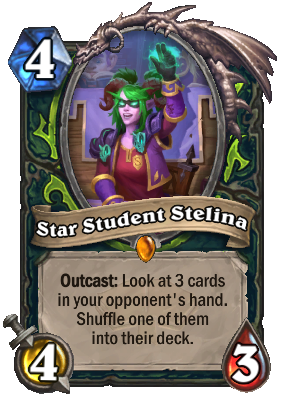 Outcast: Look at 3 cards
in your opponent's hand.
Shuffle one of them
into their deck.