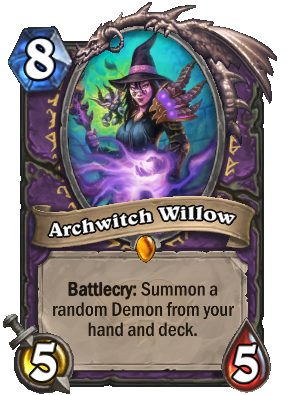 Battlecry: Summon a random Demon from your hand and deck.

One of the demons will do all the work while the other gets the same grade.