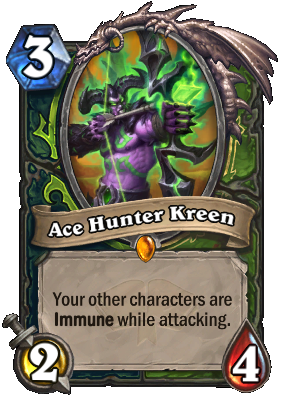 Your other characters are Immune while attacking.

This grandmaster marksman loves winning tournaments and eating a bit of ice cream.