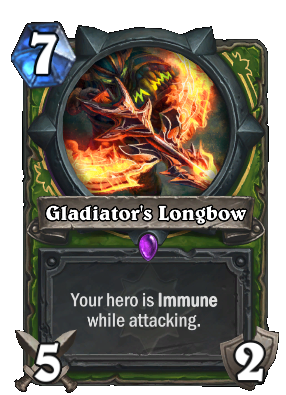 Your hero is Immune while attacking.

The longbow allows shots to be fired from farther away and is useful for firing on particularly odorous targets.