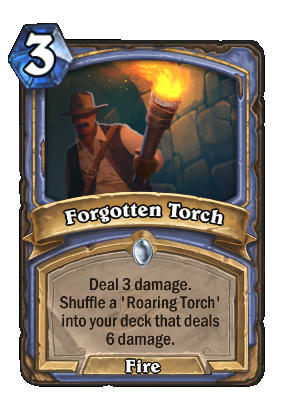 Deal 3 damage. Shuffle a 'Roaring Torch' into your deck that deals 6 damage.

Why does a forgotten torch turn into a roaring torch with no provocation? It's one of life's many mysteries.